Over a decade ago, Frank Baensch was the pioneer cracking the secrets of breeding dwarf angelfish in captivity. Now, 2017, we have what is arguably the first steady mainstream supply of captive-bred pygmy Centropyge angelfish, specifically these captive-bred Coral Beauty Angels, Centropyge bispinosa “Palau”, produced by Biota Marine Life Palau.* Read below for all the details on this exceptional new marine fish.

Over a decade ago, Frank Baensch was the pioneer cracking the secrets of breeding dwarf angelfish in captivity. Now, 2017, we have what is arguably the first steady mainstream supply of captive-bred pygmy Centropyge angelfish, specifically these captive-bred Coral Beauty Angels, Centropyge bispinosa “Palau”, produced by Biota Marine Life Palau.*

Coral Beauties are already a mainstream staple in the aquarium hobby, with good reason. Relatively easy going, uniquely colorful in shades of purple and orange with pink and blue highlights, and generally reef-safe, plus being a dwarf angel with a small adult size, makes for the perfect marine fish. But being captive-bred takes it all a step further; now you eliminate the “mystery deaths” and the fish that just, for whatever reason, “won’t eat”. You also have the opportunity to get a much smaller, cuter angelfish, than you’d typically see caught from the wild. Arriving around 1″, these tiny gems are simply spectacular. And, if you want to grow up a pair or harem, it’s significantly easier to do it with 2 or more of these captive-bred fish than anything wild-produced. Yes, they come with a significantly higher price tag than you can find wild ones for. If the only thing that matters to you is price, well, you’re shopping the wrong website! Breeding saltwater angelfish commercially is still on the cutting edge; it IS more expensive than catching them from the wild. But they carry all the prior mentioned benefits, and by purchasing these fish, you’re sending a clear message regarding the future of the marine aquarium industry that you wish to see.

You’ll note that I’ve labeled these with the “Palau” geolocation; we know the broodstock was Palauan in origin. Although there’s nothing specifically noteworthy about the geographic strain, it’s still nice to know what you’re getting! At this time, the Coral Beauties being produced are first generation from wild-caught parents (F1), but that may start to change soon.

Generally speaking, the sizes are as follows: Tiny (normal) – 1″, Small – 1.25-1.5″. I doubt I’ll have these available any larger than that…they’re selling really well (in fact, Biota is temporarily out as I type this!)

*Yes, there are other people working to produce Angelfish from other genera or at a smaller scale, specifically: Taiwan used to culture large quantities of Pomacanthus spp. although none have been showing up as of late; Bali Aquarich produces various Holacanthus, Pomacanthus, and Chaetodontoplus spp.; Syd Kraul has in the past been producing a trickle of Flame Angelfish; Karen Brittain continues her occasional production of rare species like the Bandit Angelfish and Genicanthus personatus, the Masked Angel. 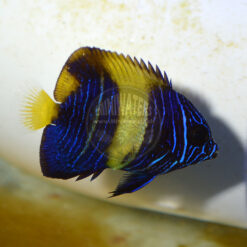 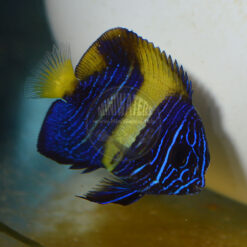 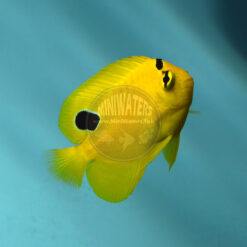 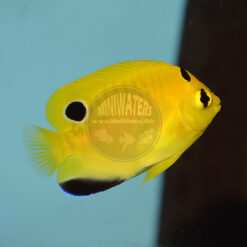 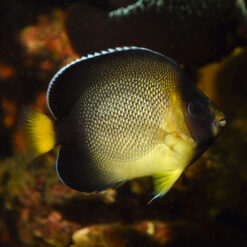 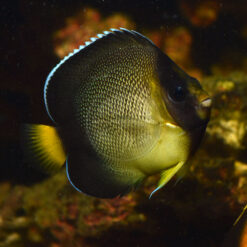 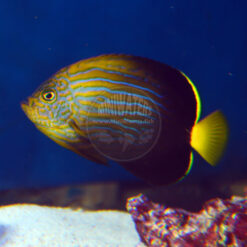 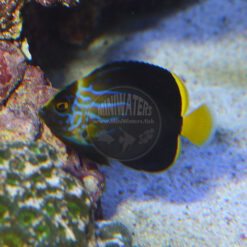