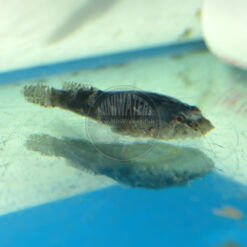 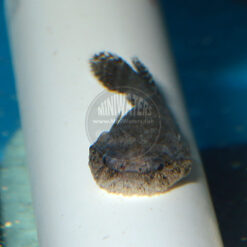 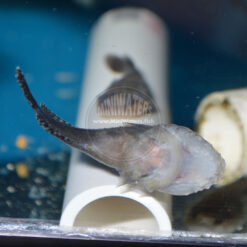 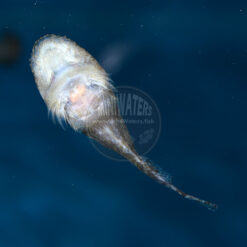 The captive-bred Stippled Clingfish is a true saltwater novelty. Most of the time..they just sit there “clinging”. They stay small, around a couple inches, and are quite novel. They pretty much eat whatever you offer (mainly pellets here). The size currently offered is a small/juvenile size. Learn more below:

Note – the Stippled Clingfish, Gobiesocx punctulatus, is not a goby, but it’s the best category fit I have for it! NOTE: farm prices have gone up as of November, 2011, but I’m keeping the retail price steeply discounted for the moment in case the pricing falls back down. If the new pricing remains higher, this formerly “super cheap” fish will now have to be simply a “cheap” fish!

I don’t know why it took me this long to get these on the website…now that I’ve sold out of the big batch I had!  The captive-bred Stippled Clingfish is a true saltwater novelty. It’s reminiscent of a freshwater Hillstream Loach on the one hand, a plecostomus on the other hand, so much so that a retailer friend inadvertently floated them in a freshwater tank last time I made a delivery!

They are incredibly robust; I used one in a packaging trial where I bagged it and simply let it sit out in the fishroom. No joke, over 30 days later, no food, in a sealed bag, the fish was fine. Of course, going 30 days without food is not something I suggest, but it also belies their relatively inactive nature. Most of the time..they just sit there “clinging”. They stay small, around a couple inches, and are quite novel. They pretty much eat whatever you offer (mainly pellets here) They’re also easy to breed – check out Felicia McCaulley’s article, We Are Not Plecos!, on breeding the Stippled Clingfish from CORAL Magazine! 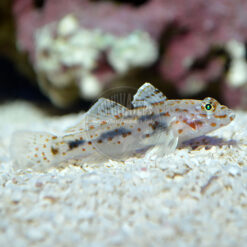 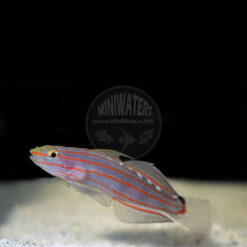 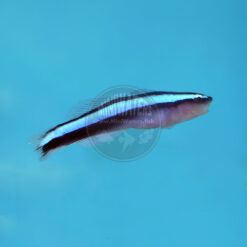 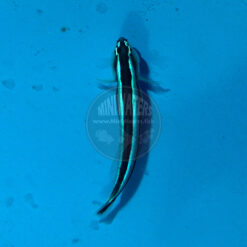 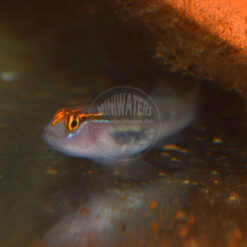 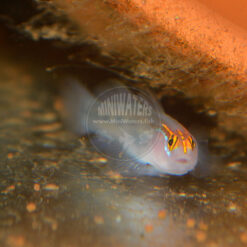 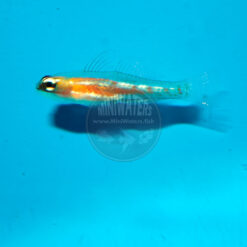 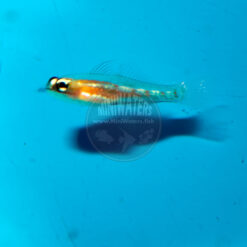 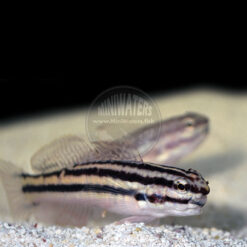